​Bryan Castleberry has worked in a wide variety of dog handling, training, boarding, grooming, and breeding operations since 1985.
​
Working with the best Military Working Dogs in the world as a USAF Security Policeman during the Cold War, Bryan discovered his true calling was not in Law Enforcement, but in Dog Training. Upon his discharge, he volunteered with the Humane Society while earning his Bachelor of Arts degree.  After graduation in 1995, Bryan moved to Los Angeles and took a position as a Kennel Tech at the famed Hollywood Dog Training School that taught Lassie, Rin Tin Tin,  and countless other canines- famous and not so famous. Bryan apprenticed under Rick Hughes, Hollywood Dog Training School trainer, for 2 years. After his time at Hollywood Dog Training School, Bryan moved on to work as the head Trainer/Handler at Frostfire Kennels, one of the founding West Coast Belgian Tervuren breeding kennels, and apprenticed under Judith Lee Smith for 2 years. It was during this time that Bryan met Emily Dixon, a Bend native, the two quickly became inseparable. Bryan and Rick Hughes worked together again in 2001 at Canyon View Training Ranch, a free-range boarding facility in Topanga Canyon.​​ 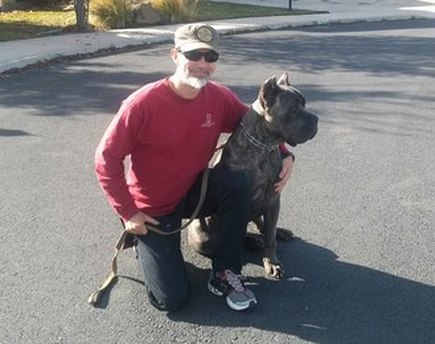 Cascadia Canine Training School uses a wholistic philosophy of dog handling in which compliance without food bribery is the primary focus and is based on proven training techniques used daily by  Ranch and Farm dogs, Guide Dogs for the Blind, Police Detection dogs, Military Patrol dogs, and Search and Rescue teams. Food/treat training has it's place in teaching new concepts, but it should be phased out as soon as is possible.

In a comprehensive program, all facets of the training paradigm are used (as opposed to just using the easy or "fun" techniques). This produces a dog who listens to you out of respect and affection, not bribery. When a dog respects you as well as loves you, the relationship is balanced and healthy. Clear communication and leadership develop the understanding necessary for both the dog and owner to enjoy a rewarding relationship.

The program we teach concentrates on the owner as much as the dog. The conditions that the dog is living under on a day-to-day basis are producing more problems than most owners are aware of. Obedience training is a lot more than teaching your dog a Sit/Stay. It is teaching your dog that his place in your life is as a sidekick, not an equal.